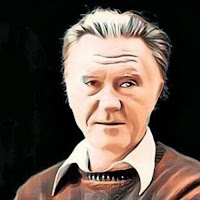 Traveling Through the dark – Written by William Stafford

Main points Of traveling through the dark

-In times of difficulties, people face two realities in a conflict (struggle), face, dilemma and at such situations, we have to perform our duty and responsibility rejecting/ avoiding our deep emotional feelings. “Victory of mind over the heart”

Some Meaning of the words

The way of Wilson rivers edges:-sides

Swerving:-Changing the direction of the doe. Pushing it into the canyon.

Summary Interpretation of traveling Through the dark

Traveling Through the dark is a short and beautiful poem composed by William Stafford. In this poem, the poet presents a harsh conflict between two realities of life responsibility and emotion. The poet tries to show that responsibility has its victory over emotions.

One night, the speaker travels through the dark. He drives a car on the sharp turning of the Wilson River. While driving his car is stopped by a dead body of a doe (female deer). The deer is already dead, cold, and quite stiffened (hard). First, the speaker becomes conscious of his is responsibility. It means he has to roll the carcass down into the rivers.

But, suddenly, he feels the warmth at one side of the dead deer body. It is due to (because of) the body deer. Moreover, the fawn makes movement into the dead body. The fate of the never to be born fawn makes the poet highly emotional. which is still alive in the womb of its mother.

Though it is still alive, there is not any chance of its birth. This scene touches the poet’s heart and he feels a sense of hesitation. The speaker can’t easily roll the dead deer into the canyon. And, whatever in the case, he finally wins his emotions, rolls the dead deer into the river, and clears his way for his destination to perform his duty and responsibility.

You May Also Like To Read: Principle Of Accounting 1

How To Write An Introduction Paragraph For An Essay

Steps Of The Writing Process

How To Write An Introduction Paragraph For An Essay

How To Write A Thesis Statement